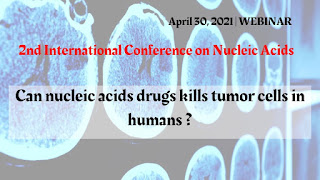 Nucleic acid is the specific large molecules in the cell and they're actually made of polymers of strings of repeating units, and the two most famous nucleic acids are DNA and RNA. And nucleic acids in the cell act to actually store information. And nucleic acids in the cell that act actually to store information. Those cells encode information, much like you recorded on a tape, into nucleic acids. Cancer cells can multiple relentlessly, forming solid tumors or flooding the blood with abnormal cells. Cell division is the normal process used by the body for the growth and repair of cells.   Parent cell divides into two daughter cells, and these cells are used to build new tissue or to replace cells that have died because of aging or damage. If the cells are healthy stop dividing when there is no longer a need for more daughter cells, but cancer cells continue to produce copies.   The mutation is necessary for carcinogenesis. Metastasis is the process of spreading cancer cells
Post a Comment
Read more 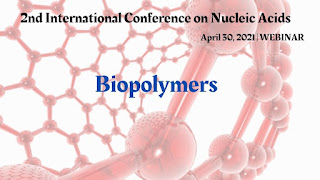 Biopolymers are natural polymers that are produced by the cells of living organisms. Biopolymers consist of monomeric units that are covalently bonded to form bulky molecules.  Three main classes of biopolymers are classified according to the monomers units used and the structure of the biopolymer formed polynucleotides, polypeptides, and polysaccharides. Polynucleotides , such as RNA and DNA, are the long chain polymers and composed more than 13 polymeric units. The major difference between biopolymers and synthetic polymers can found in their structures. All polymers are made of repetitive units called as monomers. Biopolymers often have a well-defined structure, though this is not a defining characteristic but the exact chemical composition of the sequence in which these units are arranged is called the primary structure, in case of proteins. Many biopolymers coils together to form secondary as well as tertiary structure. Some biopolymers are: Collagens- It has high tensile str
Post a Comment
Read more